Sunbirds have nested in an older kitchen on Capsalay. Their hanging nests are not so well-camouflaged in a building.

Sunbird, on its suspended nest, with food for its young

The summit of Capsalay rises about 60 metres above the glamping site, and White-bellied  Sea-Eagles have roosted in the topmost trees. These birds have a wingspan of nearly 2 metres.

Nightjars, probably Large-tailed or possibly Grey Nightjars, have been seen in a ghostly twilight dance over the mangroves next to the boathouse on Capsalay. A ground nest was also spotted near the summit of the island.

Sandpipers are occasionally seen on the shore at low tide.

Bitterns are occasionally seen in the mangroves of Double Island.

Egrets are commonly seen in the rice fields everywhere, and Cattle Egrets perched on carabaos.

A Stork-billed Kingfisher perches in the mangroves on the south of Capsalay. Captured here on an outrigger of our boat:

A colony of Swifts set up home in a warehouse in Port Barton.

Large groups of egrets can be seen flying over Port Barton beach at dusk. 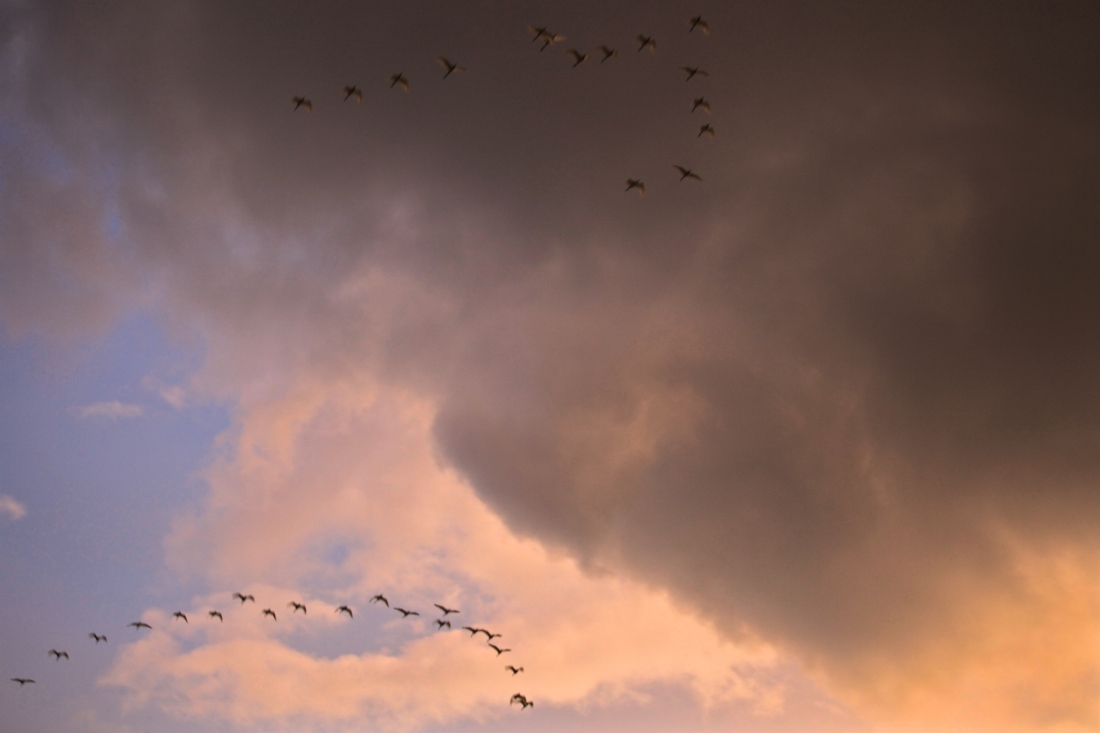 Egrets heading to roost at dusk over Port Barton beach

Find on this site …